This was a great opportunity to continue our commitment for compassionate, continuous and long term support for the loved ones and families of those fallen officers who have given their lives over the years.

END_OF_DOCUMENT_TOKEN_TO_BE_REPLACED 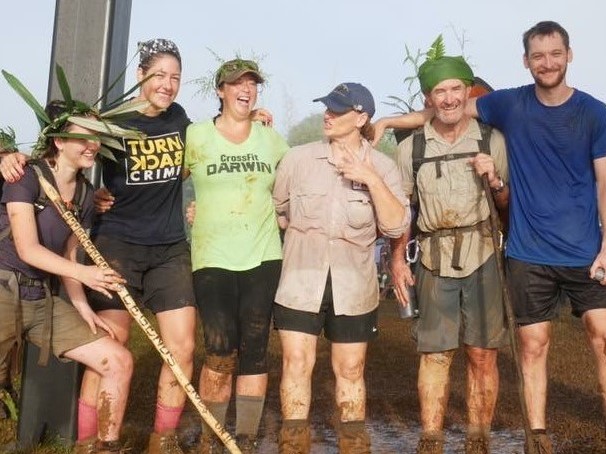 ‘I cannot express enough gratitude to all those involved in Northern Territory Police Legacy. Those who continue to donate and raise awareness have provided me with this incredible opportunity. When the opportunity presents itself, I encourage younger NT Police Legacy Legatees to take part in this challenging, yet rewarding journey’

END_OF_DOCUMENT_TOKEN_TO_BE_REPLACED 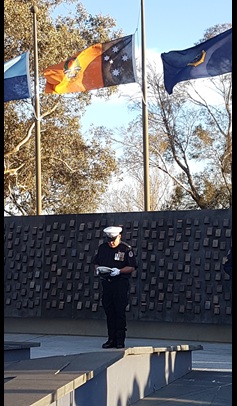 The memorial honours more than 750 members of Australian police forces who have died in the line of duty since 1803.

Senior Constable First Class Michael Read; Who’s name is one of seven which will now join those of other police officers who died doing their duty.

Despite the inclement weather, National Police Remembrance Day in Canberra was marked with an evening service, a parade and, oddly, random breath-testing.

Perhaps most importantly, it was a chance for police officers from all parts of Australia to gather and remember their friends who no longer stand shoulder to shoulder with them.

END_OF_DOCUMENT_TOKEN_TO_BE_REPLACED 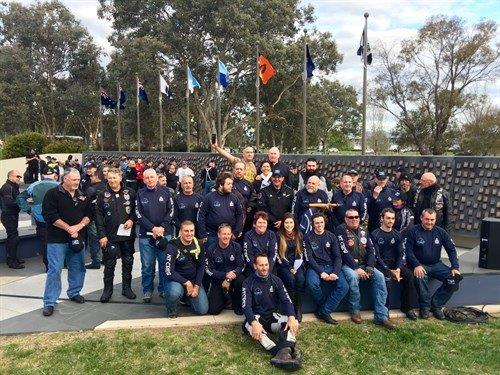 The ‘Wall to Wall Ride for Remembrance’ is an opportunity to come together in the spirit of camaraderie to honour those killed in the line of duty, or who have died as a result of their duties, both on Australian soil and overseas.

The purpose of this event is to raise much needed funds for Police Legacies across the country. It also raises awareness of the fact that Police Officers put their lives on the line for us each day and sometimes make the ultimate sacrifice so that we can enjoy a safe and orderly society.

The riders gather on Saturday 17 September 2016 at the National Police Wall of Remembrance in Canberra to pay tribute to fallen officers.

END_OF_DOCUMENT_TOKEN_TO_BE_REPLACED

‘Like most in the Police Force I contribute to NT Police Legacy each pay, and as I said earlier, not fully comprehending what I was really contributing too. I never expected that it would have such an impact on me or my relationship with a fellow officer’s family the way it has.’….

This is part of a letter written by Tony Fuller of the NT Police Force as a NT Police Legacy Legator to Teri Cubillo and her Daughters Demi, Abby and Tyla.

END_OF_DOCUMENT_TOKEN_TO_BE_REPLACED

Congratulations to Abby Cubillo on winning the Northern Territory Junior Sportsperson of the Year for 2016 at the recent NT Sports awards night in Alice Springs.

CONGRATULATIONS FROM EVERYONE AT NORTHERN TERRITORY POLICE LEGACY AND SUPPORTERS, WELL DONE ABBY AND TERI!

END_OF_DOCUMENT_TOKEN_TO_BE_REPLACED 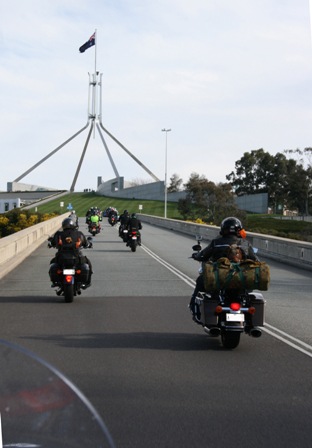 Wall to Wall Ride for Remembrance 2014

$400,000 has been raised by the Wall to Wall Riders over the past four years. This year the ride raised $110,000 for Police Legacies around the country. NT Police Legacy assists 24 Legatees. More than 1,600 motorcycles took to the streets of the national capital for this year’s Wall to Wall Ride for Remembrance. The ride travelled through the heart of the city, passing around Parliament House and culminated at the National Police Memorial on the banks of Lake Burley Griffin.

END_OF_DOCUMENT_TOKEN_TO_BE_REPLACED 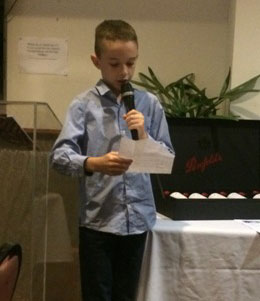 ‘Ever since Dad died Mum has been helped by Police Legacy. I know that Legacy helps Mum pay for our school camps and also some awesome birthday presents. Next year I will be in Year 6 and we are going on a study tour to Singapore. I know that Police Legacy will help Mum pay for this and I say thank you for that’

END_OF_DOCUMENT_TOKEN_TO_BE_REPLACED 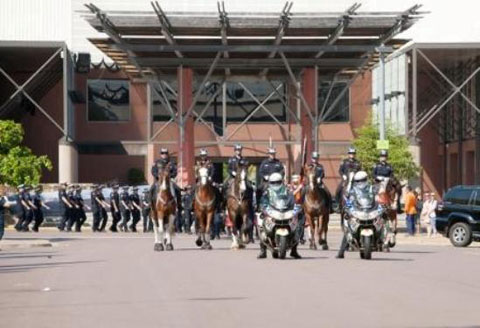 The 29th of September each year is a poignant reminder for us all, of the sacrifice and service that men and women in Police forces around Australia and the Pacific provide to our community. This day is a sad reminder of the sacrifice that men and women and their families make day in day out around Australia in a selfless and humble manner to serve and protect others.

END_OF_DOCUMENT_TOKEN_TO_BE_REPLACED 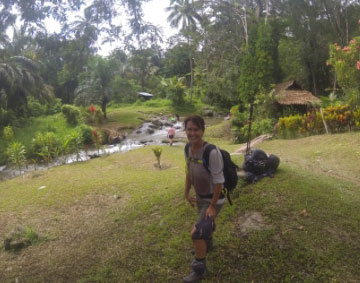 Walking the Kokoda Track, in the footsteps of the soldiers, who fought to save Australia from invasion in 1942, is an almost spiritual experience and one that
will stay with me forever. I hold enormous gratitude and respect for the Diggers who endured such hardship and sacrifice in the Kokoda Campaign of World War 2.